The avian kingdom is one of the most amazing kingdoms of the ecosystem. With a variety of species in bright, stunning colors, birds in the sky, as well as on land, are a delight to be observed. One such fascinating bird is the hyacinth macaw, sometimes referred to as the blue macaw or the blue and gold macaw, owing to its bright blue plumage and golden yellow markings. The hyacinth macaw is one of the seventeen species of macaw, which flourish in the wild but can also be kept as pets. If you’re interested in familiarizing yourself with some interesting facts about the hyacinth macaw, then read through the following paragraphs.
Scientific Classification 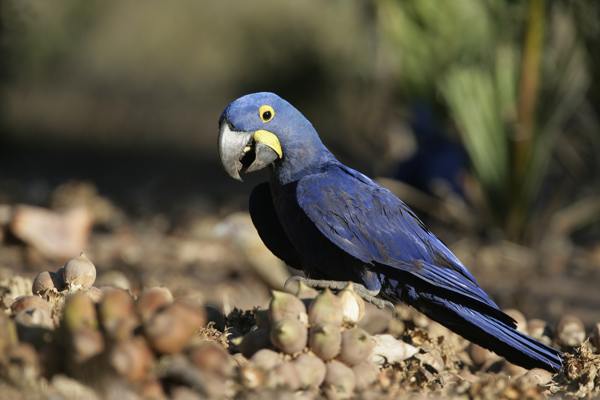 Given below is the taxonomic classification of the blue macaw. 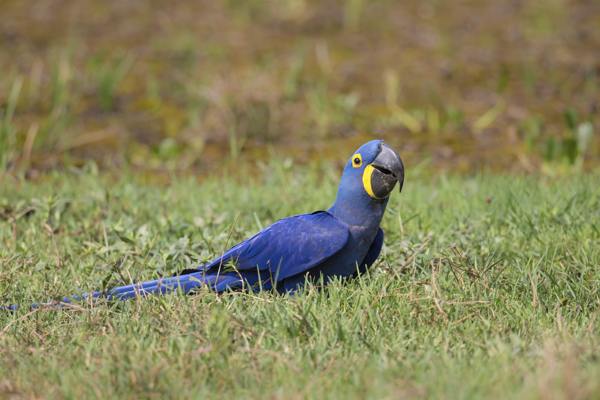 ► As mentioned earlier, the bird is well-known for its bright blue colored body. Inhabiting the rain forests of Central and South America, this species of bird have large bodies whose size may be about 30 to 100 cm and weigh approximately 4.5 ounces to 3.75 pounds. The average life span of the hyacinth macaws is about 60 years, in the wild. If raised as pets, this may increase by a couple of years.
► Being omnivore in its food habits, the blue macaw feeds on a wide range of foods ranging from fruits, nuts, shoots and insects. The large, sturdy beak proves useful when it comes to cracking hard nuts and seeds. Inside the beak is a bony, gray colored tongue which is used as a tapping tool to bore into fruits.
► These birds have an amazing grip on the branches they perch onto, thanks to the well formed talons. Apart from gripping, the talons are also used for grabbing, holding and examining items like fruits, insects, and nuts. They also have graceful tails, which are long and used as a rudder while flying. 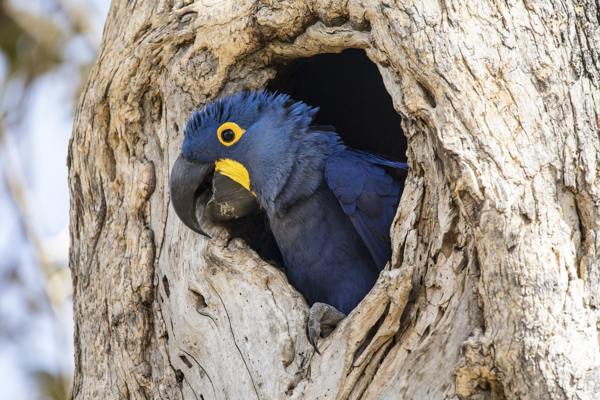 ► Hyacinth macaws are social birds and live in flocks which may comprises 10 to 30 members. The flock may consist of males, females and their young hatchlings. They communicate with other members of the group with their loud screams and squawks. With these sounds they mark their territory and also identify their group members. There are also some species which are known to mimic human speech. 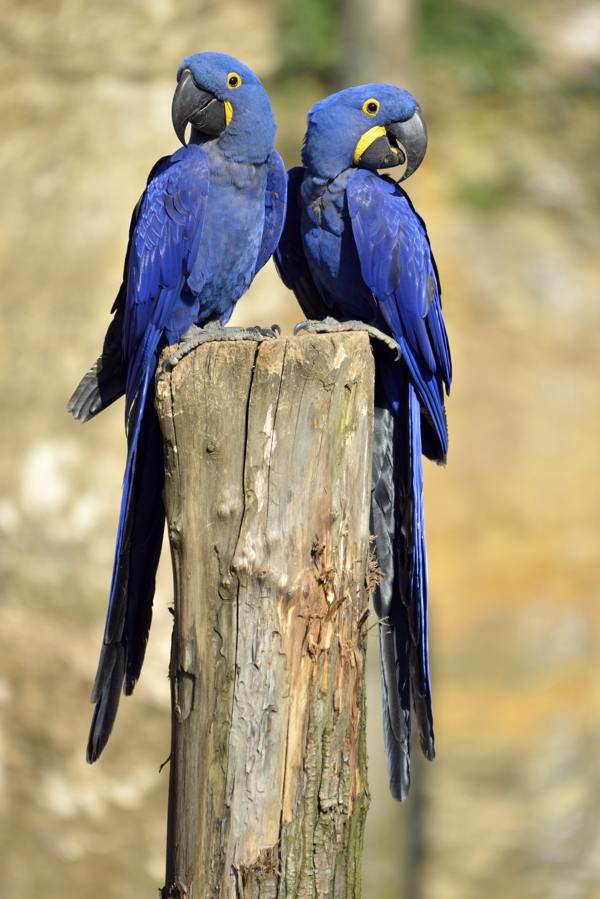 ► Hyacinth macaws are classic examples of loyalty towards their mates. They choose their mates and breed for life, with whom they share food and also have mutual grooming sessions. The female lays a brood of 2 to 4 eggs, which hatch within a month. The female incubates the eggs and takes care of the young ones while her male counterpart hunts for food and protects the nest. 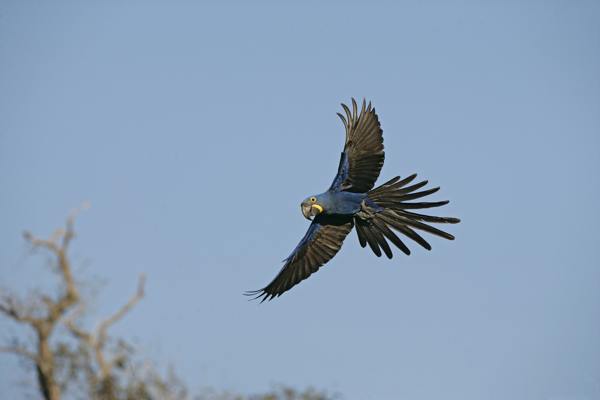 ► Unfortunately, the blue macaws are facing a threat of extinction and are placed in the list of endangered species. This is due to the depletion of their natural habitat as well as their illegal capture for their bright plumage. In some places, hyacinth macaws are hunted for their meat, and their feathers are used to make headdresses. A number of programs have been launched to conserve the remaining species from the brink of extinction.
A bright splash of blue against the plain canvas of the sky – that is the hyacinth macaw for you. The blue and gold macaw belongs to the family of parrots but is a larger version. Owing to its size, the hyacinth macaw has been conferred to be the largest flying parrot, as well as the largest macaw among the other members of its genus.
These were some of the quick facts about the hyacinth macaw. If you are planning to own a blue macaw as a pet, then ensure that you take proper care and rear it with love. Your feathered friend will reciprocate in the same way.

Incredibly Useful Tips to Care of a Quaker Parrot

admin - November 28, 2017
0
Need for Action! The black-winged stilt is classified under the category of 'Least Concern' by the IUCN because of its widely distributed habitat. But the...

Hypoallergenic Cats are a Paw-radise for Allergic Cat Lovers

admin - November 27, 2017
0
Do you love cats, but cannot adopt one due to allergy problems? Hypoallergenic cats can be your perfect furry little companions. Pets and pet allergies...

admin - November 28, 2017
0
Did You Know? Woodpeckers can tap on wood at a speed of 100 blows per minute! Hairy woodpeckers are a commonly occurring species of woodpeckers found...